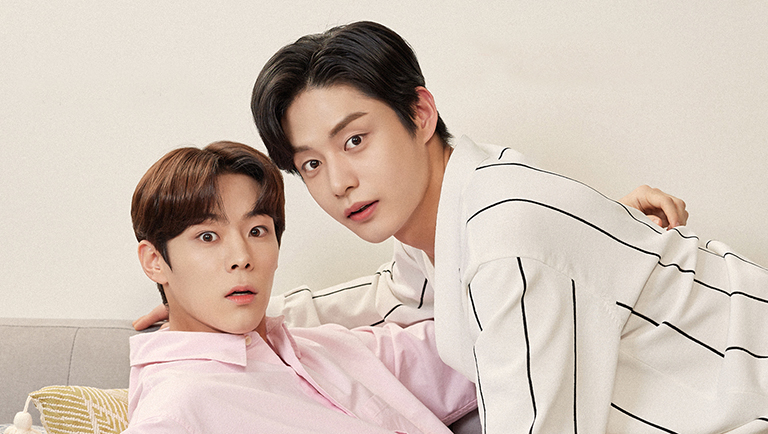 This is just one of the many BL dramas coming out this year. Check out the list of BL dramas being released in 2022 here.

Former Producer X 101 contestant Yoon SeoBin has appeared in the dramas “Not Found Love”, “The Mermaid Prince: The Beginning” and “Touch Me If You Can.”

“Roommates of Poongduck 304” follows the story of a privileged chaebol, HoJoon as he is kicked out of his house until he can prove to his father that he can work hard, and JaeYoon, the owner of Poongduck villa and an employee at the same company as HoJoon.

HoJoon has good looks and comes from extravagant wealth. He is a third-generation chaebol who only causes accidents every day. After causing too much trouble he must live on his own and work for the family company.

He moves into Poongduck villa with the landlord, JaeYoon who constantly gets on his nerves. He later finds out that JaeYoon is a new intern at HoJoon’s family company and looks forward to making trouble for him.

JaeYoon is an intern at Geumnam Group. He has a warm appearance and a strong personality. He saved money and became the owner of Poongduck villa. There will be a spare room at the villa, so he decided to find a roommate, but some rich guy with unreasonable expectations moves in instead.

Their uncomfortable cohabitation begins and something unexpected happens to him… JaeYoon’s roommate HoJoon is actually JaeYoon’s boss. At home, HoJoon acts out but at the company, he seems totally dark.