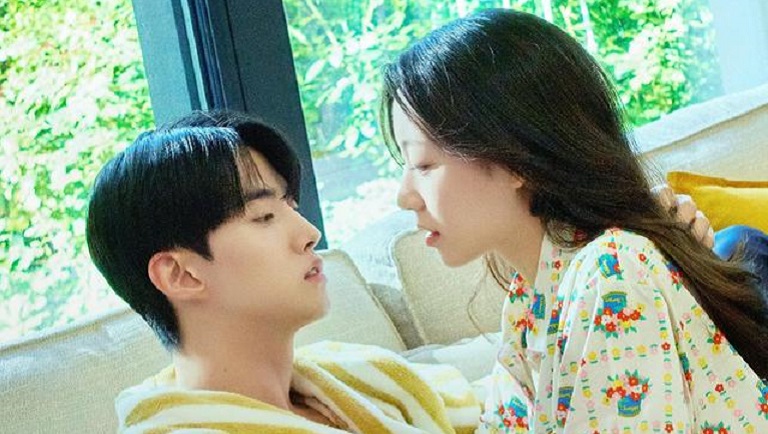 “Idol In My Living Room” is a new romance web drama on YouTube.

The drama was created to celebrate the 10th anniversary of the King SeJong Institute Foundation. It will feature K-Pop songs and showcases tourist spots in Seoul. Moreover, subtitles will be available in ten languages, such as Spanish, French, and English of course.

YeoOne and Kang JiHu are the leads.

YeoOne is the lead singer of the group PENTAGON, but he also appeared in various television and web series. He most recently starred in the show “Somehow Family” (2020), “Pumpkin Time” (2021), and “If You Wish Upon Me” (2022). UNIVERSE are really happy to see him on a new project.

Kang JiHu is a young actress that will probably gain a lot of fans with this drama.

Depicts the story of Joy, an excellent student at Sejong Institute, and YeoOne, a Hallyu Idol, accidentally ending up living in the same house.

A Hallyu idol in the group Pentagon.

A straight-A student at the King Sejong Institute.

Here are the posters.