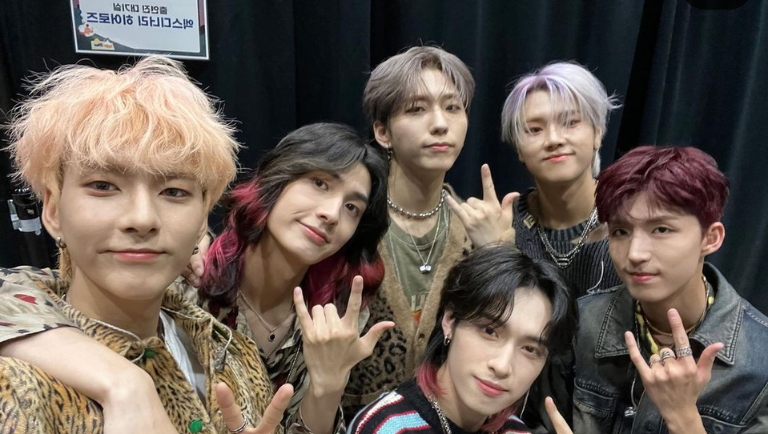 “Immortal Songs” is a show where many different artists who sing many different genres come together to celebrate a well-loved artist by the public and the performers on the show. Each solo artist or group on the show has to pick a song from the honored artist that is usually some of their top hits. Then the artists have their name put on a ball and it is shuffled around by one of the hosts and then their name is picked in the order that they will perform. After that the audience votes for who will move on to each new level and ultimately who wins.

The show is more than just a show for performing. It’s also a place where the artist discusses why they love each song together and to just have fun. One of the reasons we love the show is that the hosts also provide a bit of comic relief as well. Lastly, the show is a way for everyone to relive the nostalgia that they have with each song and create new moments for those songs too.

If you would like to learn more about the groups that we would love to see on “Immortal Songs” keep reading!

Xdinary Heroes play instruments and perform well live which really compliments “Immortal Songs” signature artists performance style on the show because everyone performs live. They have performed well since their debut with “Happy Death Day”, and you can see that in their ‘its Live’ episode and you can hear their vocals are stable and their vocal tone is smooth and even.

Xdinary Heroes has a way of performing that feels authentic and not too overbearing. Also, everyone in the band plays an instrument and not one note was missed in their live performances and this shows how well they play as a band. Xdinary Heroes have the ability to be able to bring out emotions in songs, convey them clearly and make the audience feel just as strongly as the members do. You can see the members bring out their colors even more when they perform because while they stay true to highlighting the original song, they do it in their own style.

So that is precisely why we think Xdinary Heroes ultimately would be a great fit for the show because “Immortal Songs” is a place where artists celebrate songs that are fan favorites through song covers.

Billlie knows how to perform and command attention when they’re performing from vocals to facial expressions. The members have a passion for music that you can see from the look in their eyes when they perform. Also, each member does a great job of showing their personality when performing whether it’s an original song or a cover.

Billlie has shown that they can perform a wide variety of music through their discography, which would be perfect for “Immortal Songs” because contestants are known to perform a wide variety of genres when they are on the show. They do a great job of covering dances from both boy and girl groups whilst still adding their own flair to each move. Being able to make a song your own and evoke a feeling of nostalgia is a plus when considering what song to choose for an “Immortal Songs” stage.

Billlie are the perfect package because of their uniqueness and charm, and we would love to see them showcase this on the show.

ICHILLIN’ would be an absolute joy to watch on “Immortal Songs” because of their fun and upbeat personality as a group. Also, no pun intended, their performances have a “fresh” and authentic aura about them. We love to see what kind of energy on the stage.

Their style of performance would be highlighted really well with live instruments because they have a relaxed feel when they perform to any song. The vibe they bring would put a smile on the audience’s faces. ICHILLIN’ has this easiness and flow to them that we can see in their ‘K-Pop Dance Cover Medley’ they would cheer up anyone and make them want to dance to.

We think ICHILLIN’ would be a great group to invite for an episode that has a cheerful song category to choose from “Immortal Songs” and ICHILLIN’ equal a fun time and sunshine.

SUPERKIND would be a really cool group to see perform on “Immortal Songs”.  And it would be interesting to see how they would incorporate their AI member. Although the group has only released their debut song you can tell that they move with power and confidence.

“Immortal Songs” allows artists to show a different side of themselves and breathe a different life into the cover songs that they choose to perform. It is a way for the audience and the artist to connect and celebrate songs that are loved but everyone. We hope you enjoyed the article above. And you continue to support the artists and “Immortal Songs”!

Review: “Zombie Detective” Entertains and Thrills With Its Comical Story Plus Unique Protagonist