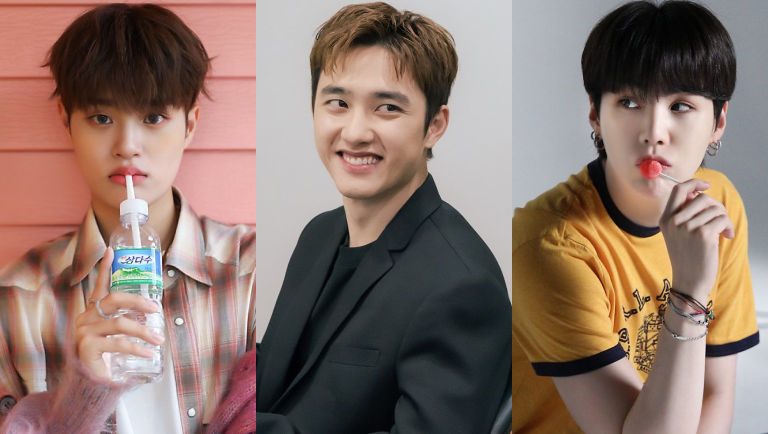 Asides from their amazing musical talents, performances, or handsome good looks, another reason why many fans adore their favorite idols is personality. A prevalent factor that often differentiates many idols and sets them apart. While many idols possess a level of cuteness that we all adore, some also possess a very dry and witty sense of humor that often makes many things they do or say come off as either sarcastic or shady. But in the very best and most entertaining way.

Subtle or loud, these moments and idols end up becoming viral sensations as fans often enjoy their real and un-sugar-coated reactions and responses to things and various situations.

From iconic comments to meme-worthy reactions, here are the shadiest male idols in K-Pop today.

The founding father of savagery, HeeChul wrote the book on “How To Be A Loveable Savage”. He is so blunt but his words are so sharp and cut right through. He is the type that even though you’re at the end of his Savage act, you simply cannot help but laugh because he just does it so right.

“Satansso” like many fans call him, D.O. doesn’t go out of his way to find those moments to be a savage, it just comes so naturally to him and perhaps that is one of the reasons why we love it. His expressions, his words, his reactions, and every single motion he makes is set to have a savage effect. Just a side-eye look and it’s over!!!! With D.O. you never know when the savage moment will happen but you can surely expect it.

Swag! Suga is a savage and he knows it. He really doesn’t care about what others think and speaks his mind. He is truly well-versed, smart, and has a very confident and powerful aura which is perhaps why his savage moments always hits so hard. He has a reserved and quiet personality, but there is nothing but sarcasm and savagery coursing through his veins.

In any language, English or Korean, Lee DaeHwi reads and he reads well. An idol with more viral savage moments than we can possibly count, DaeHwi’s savage style needs to be studied as he does it with so much finesse and style that makes it such an iconic moment to witness.

Right from his “Produce X 101” days, he has been dubbed the reaction king as he always has the best facial expressions. And today, it seems just like his musical talents, his savagery continues to grow. His sharp, dark, and oftentimes whimsical sense of humor makes him such an entertainer and with his sassy personality, every sarcastic reaction is iconic and a viral meme moment

When it comes to being a savage, RenJun takes no prisoners, especially HaeChan.  His savagery is such a thrill to watch. His quick reactions and witty responses often come as a shock to both his members and fans/viewers as well. Subtle or loud, when RenJun goes savage, you cannot miss it.

You have the funniest leader in Choi HyunSuk and you have the most savage leader in JiHoon. JiHoon is extra and always has the best reactions to things. A comeback king, his responses are always sharp and so on-point. No one is exempted from his savagery and sarcastic responses. His savagery is often so subtle and smart you have to be very quick-witted to catch it.

Sunoo’s savagery comes from his unmatched level of sass. The eye rolls! The facial expressions! No one is safe when Sunoo gets into his sassy mood. Not his members or even fans. He delivers his savagery with such flair and finesse that you can’t help but be in a state of admiration, marvel, and respect of him.

His face says it all! He might be the quietest Kid in the room but do not be too fooled as inside that beautiful head of his is the mind of a sarcastic and savage genius. His savage moments come so quickly and direct, you feel the impact even if you’re just watching him.

He just cannot hide it and at this point, we believe he might have fully embraced his savage mood and doesn’t care anymore. HyunJin’s reactions are sassy and the savagery flows so seamlessly from him. It flows so well that he doesn’t even need to say a word for you, all he needs to do is give a look and you can feel the immediate effect of his savagery.

His savagery is just like breathing, it is so normal. Actually, we can describe his savage moments as being accidental, because 90% of the time, he doesn’t even try to be, he just naturally responds to things in the most sarcastic way.

His one-liners and reactions are so iconic and the fact that he does it so unexpectedly and on the fly is what makes it even so much funnier. No one, his members or fans is safe when JinYoung goes all savage. Be it with his words, reactions, or expressions, his timings are always on point and that adds to the impact of his savagery.

Who is the most savage male idol on this list?

Please do not refresh any more.
Press the “VOTE” button below.