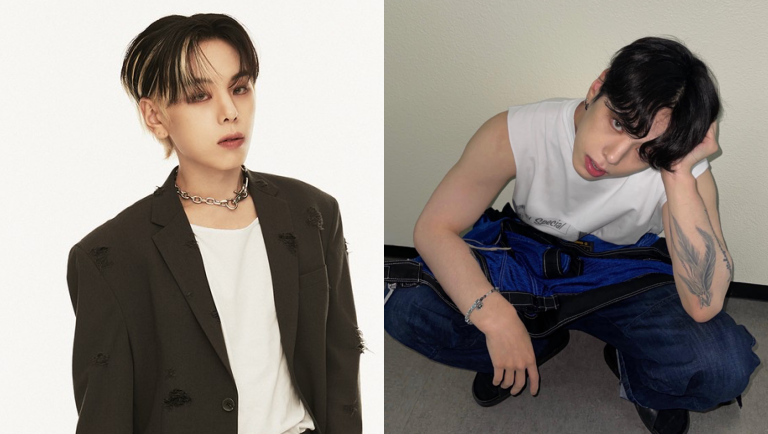 Many Korean celebrities have tattoos and fans are always curious about what they mean or the story behind why they got them. This series will explore the meanings behind some of your favorite celebrities’ tattoos.

Read the previous articles from our “Tattoo Meaning” series here!

You might’ve spotted Jang DaeHyeon’s tattoos multiple times in his Instagram posts. Let’s get to know the meanings of some of them.

He has a tattoo on his left arm that says ‘I want to be your son even if I’m born again’ as well as a rose tattoo. He matched the tattoo with his mom to signify their bond.

Alongside that tattoo, he also has a feather that symbolizes good luck and happiness.

On his right arm, he has a compass tattoo that represents his role as the oldest son of his family, the leader of WEi, and the love of RUi (WEi’s fandom). It symbolizes his role in leading the way for those he cares about.

So it is a REAL tattoo and the meaning is to lead the direction of the group and the family as their leader. We don’t deserve Jang Daehyeon, is he real? 😭 pic.twitter.com/RjzWExNx5Y

What do you think of his tattoos? Let us know in the comments.

Check out the other K-Pop idols in this series who have tattoos in this collective list:

Make sure to read our latest “Tattoo Meaning” articles here, too: