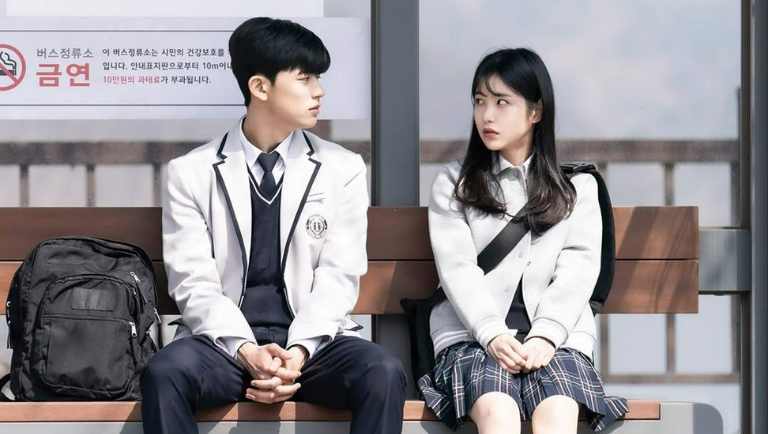 Discover “Revenge Of Others” Deserves To Be On Your K-Drama Watchlist: Here Are 5 Reasons To Convince You

The world of Korean entertainment is constantly blessing us with the most novel, interesting and exciting K-Dramas. November is no exception. The highly anticipated vigilante thriller, aptly titled “Revenge of Others”, has finally premiered, and fans cannot stop gushing over it. With worldwide streaming being available on Disney+, international viewers can be up to speed with the drama as it airs, which is just the cherry on top.

Here are 5 reasons why you should watch “Revenge of Others”!

Note: This article is relatively spoiler-free, but the reader’s discretion is advised.

The very first reason why you should watch “Revenge Of Others” is its amazing cast of actors. Starring Shin YeEun, a prominent star and Lomon of “All Of Us Are Dead” fame, as the central protagonists of the show, “Revenge Of Others” is already set for success. Shin YeEun plays Ok ChanMi, a shooting athlete whose life is turned upside down when her twin brother passes away in what she believes to be a premeditated murder. Lomon plays Ji SooHeon, a popular student who has wounds of his own and is in desperate need of money. Ok ChanMi and Ji SooHeon make for an unlikely duo when they discover each other’s secrets and their chemistry (not just romantic but also otherwise) is off the charts.

To add to it, we have Seo JiHoon playing Seok JaeBeom, an older student who has just woken up from a six-month-long coma. He has to repeat his senior year as a part of therapy to recover his memories. Seok JaeBeom is strikingly different from ChanMi and SooHeon and, as such, acts as a foil to those characters. All three actors are so remarkable in their roles, especially since we haven’t seen such characters from them before, that it leaves a deep impression on viewers.

2. The Satisfaction Of K-Drama Style Revenge

Retribution and catharsis form the core of “Revenge Of Others”. Ji SooHeon takes on the role of a vigilante at Yongtak High School, which is ridden with bullying and harassment between students. In light of this evil, Ji SooHeon chooses violence as his answer, beating up the perpetrators and forcing them to transfer schools. With SooHeon being an invincible fighter (he’s a talented boxer), his blows land right where they should. However, he constantly runs the risk of losing himself and getting carried away. Ji SooHeon serves revenge, and he serves it cold, and trust us when we say, it is as satisfying as it gets.

3. The Element Of Surprise

Right when you think you’ve got it all figured out, “Revenge Of Others” will throw you a curveball. At each turn in the narrative, this drama will shake you up and make you rethink where your loyalties lie. This is also what happens to our heroine, Ok ChanMi as she tries to come to terms with her brother’s death. The more she investigates, the uglier the truth gets, and morality starts to take a backseat. “Revenge Of Others” will not let you rest easy, and that is exactly the best part.

At first glance, “Revenge Of Others” might just seem like just another revenge thriller based around school violence. However, this could not be farther from the truth. From the moment you meet the key characters, you start to realize that it is a matter of life and death that goes beyond what meets the eye. You start to root for them before you even know them entirely, which also raises the stakes for your expectations of their future actions. Overall, “Revenge Of Others” keeps the viewer on their toes, adding to the immersion of the drama.

From what we have seen so far, “Revenge Of Others” will most likely adopt an episodic approach to storytelling whereby we will be led to follow our main characters as they dish out revenge on behalf of others (much like the title suggests), while also working towards their own personal revenge. This means that each episode will bring us a new story, and at the same time, there will be a coherent thread holding it all together. This is a tried and tested method, sure to keep the viewers interested, while also giving them their weekly dose of vendetta. What more would you need in a thriller?

Are you watching “Revenge Of Others”? Share your thoughts with Kpopmap in the comments section down below!

Discover Boy Crush: The Breathtaking Walking Charisma That Is SF9’s RoWoon And His All-Rounder Charm