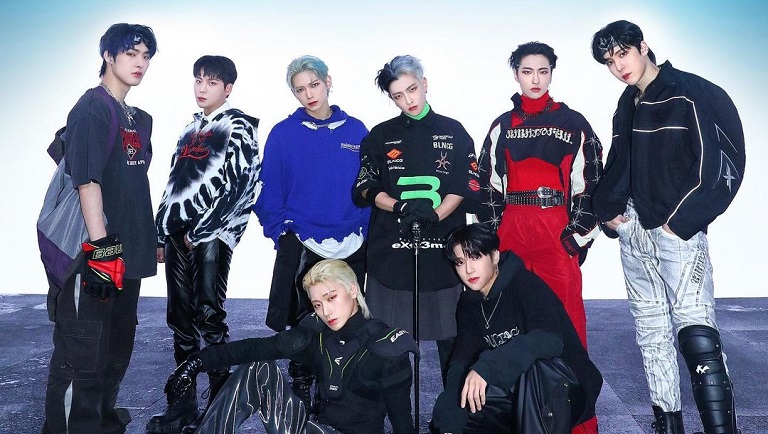 Discover Reasons Why You Should Go To The Next ATEEZ Concert

Last weekend, KQ Entertainment’s boy group ATEEZ held concerts at the Jamsil Indoor Stadium in Seoul. Proud of their success, the members were warmly acclaimed by ATINY, their fans!

Regarding the Itaewon stampede where more than 150 people lost their lives Saturday night, the group addressed their condolences to the family of the victims before launching their concert Sunday. An English interpreter was also p resent to deliver this message, and the members were seen wearing a black ribbon on their arms as a sign of mourning. Despite that tragedy, the group did its best to provide a memorable 3-hours long show to the fans present.

As we were present during Sunday’s concert, below are the reasons we think you should go to an ATEEZ concert, in Korea or around the world.

Composed of the members HongJoong, SeongHwa, YunHo, YeoSang, San, MinGi, WooYoung, and JongHo, ATEEZ is known for its impressive performances, especially during the show “KINGDOM: LEGENDARY WAR”. Indeed, they performed numerous songs, each having a special set created for the occasion. The tracklist includes ‘The Real’, an alternative and electronic song which showcases a lot of Korean cultural elements. For example, the members can be heard talking in satoori, Korea’s dialects, from their hometowns. Moreover, some objects used during the performance were original Korean festival elements, such as puppets, lions, or kites.

The performance of ‘From The Wonderland’ is also impressive, with the setup looking like a ship. The song is a mix of ATEEZ’s song ‘Wonderland’ and Antonín Dvořák’s ‘Symphony No.9, showing how good a song (K-Pop or not) can be, mixed with classical music. The dancers also did a great job, but the main part of the song is when a Kraken’s tentacle can be seen in the background, just before JongHo hit an impressive high note. A must-see performance!

On the same scale, ‘Ode to Joy’ might be even more spectacular. The setting might be simpler, but the vocals can give you goosebumps. Indeed, they’re accompanied by the lyrical singers of LA POEM, enlightening, once again, JongHo’s powerful high note. Even if this performance didn’t receive a lot of votes during “KINGDOM: LEGENDARY WAR”, a lot of ATINY cherish it a lot for their vocals, dance, and charisma on stage.

ATEEZ also performed ‘The Awakening of Summer’ and ‘Wave: Overture’ during the show, and even though they are not showcasing this level of performance during a concert, you can still have a good idea of their charisma, stage presence, dance skills and so on. ‘The Real’ was performed as the last song of the show yesterday, but the stage wasn’t as grandiose as during “KINGDOM: LEGENDARY WAR”. ATEEZ is an all-rounded group, with a lot of talent, and you should see them by ourselves! “KINGDOM: LEGENDARY WAR” is just an example, as they’re always doing their best in every performance.

ATEEZ is known for its excellent rap line. All members can actually rap pretty well, even though some are doing it funny. For example, in an episode of “School Road”, they did a rap battle, and they’re giving each other feedback after that. Both HongJoong and MinGi have distinctive rap styles, and during the show, MinGi’s voice was maybe the most impactful one. Indeed, his voice being so loud, it was impossible not to be captivated by his rap. HongJoong, on the other hand, has a really fast flow, that catches attention instantly!

All members are all-rounded and can basically do everything, particularly singing. One of the best songs to introduce ATEEZ’s vocals might ‘Mist’. The mystical atmosphere of the song, the smoke on stage, and the beautiful voices of the vocal line can give you goosebumps for sure! JongHo’voice is so powerful but still quite effortless, that it is difficult not to be impressed! SeongHwa’vocal too needs to be praised, and San’s charisma, sweet voice, and more than that, facial expression! San is like a cat on stage, moving and dancing with a lot of grace.

Yesterday’s tracklist was composed of the songs: ‘New World’, ‘Answer’, ‘Sector 1’, ‘The Ring’, ‘HALA HALA’, ‘Dazzling Light, ‘Mist’, ‘Sunrise’, ‘My Way’, ‘Illusion’, ‘Wave’, ‘Win’, ‘Horizon’, ‘Say My Name’, ‘Cyberpunk’, ‘Fireworks’, ‘Rocky’, ‘Wonderland’, ‘Guerrilla’, ‘Turbulence’, ‘Celebrate’, ‘From’ and ‘The Real’. A total of 23 songs, sung during three hours, with numerous talk-time as well. ATEEZ took time to discuss with ATINYs, thankful for their presence considering Saturday’s event. ‘Cyberpunk’ was one of the most acclaimed songs, as the members dance sensually, seated on chairs. One movement particularly drove fans crazy, was when YeoSang delicately touched his thigh!

Whether it’s singing, rapping, or dancing, ATEEZ is a group you must see in concert! The members are great performers and close to their fans as well. They are well acclaimed internationally and usually sell out their tour dates. They told during the concert about how thankful they were to be able to make a new world tour only a few months after their previous one. Conscious of their success around the world, the VRC broadcasted during the show had English subtitles, so that all fans could feel included. ATEEZ and ATINY are a big international family!

If you want to know what happened during Sunday’s concert, keep reading! YunHo declared at the beginning of the show that today [last Sunday] was for ATINYs, and it should be a happy day for all of them. They considered doing the concert or not (many K-Shows were canceled because of the national morning), and after discussions, they decided to keep going, as they promised ATINYs to meet again. It might be a way to forget those tragic events for a few hours, and the members did their best for their fans. SeungHwa confided that it was like living in a dream to be able to do concerts with ATINYs. It was also a way to celebrate ATEEZ and ATINY’ birthdays!

YunHo also declared that it was very important for the members to know they can do everything, thanks to ATINYs’ support and love. JungHo told the members he talked with the fans in his dream, and that he’s now able to control the lightstick. He then turned on section by section ATINY’s lightstick, before turning the stadium into a rainbow! They promised to perform cool songs during the show, but it is that kind of event that made the concert meaningful for the fans. Sharing a talk with their favorite group is all that matter. HoongJong even cried during the last talk-time. SeongHwa also declared “My resolution is that I won’t resent my past, and I won’t be afraid of my future“.

Even though the stage wasn’t as decorated as “KINGDOM: LEGENDARY WAR”, they still used a lot of accessories. For example, they started the show with the song ‘New World’, using lightsabers. Then, during ‘Answer’, big flags were brought. Sometimes, they used smoke, some others times lasers, and even flams! They changed their outfits four times, switching from black and red outfits, to blue and white, futuristic outfits, and then clothes from their merchandise. A balloon looking like a moon crossed the stadium, and the stage turned into the bow of a pirate boat. For the last song, a large amount of confetti was thrown into the air, to celebrate the successful end of the show!

If you’ve ever been to a concert of ATEEZ, do you agree with us? What is your favorite song? Let us know in the comments!