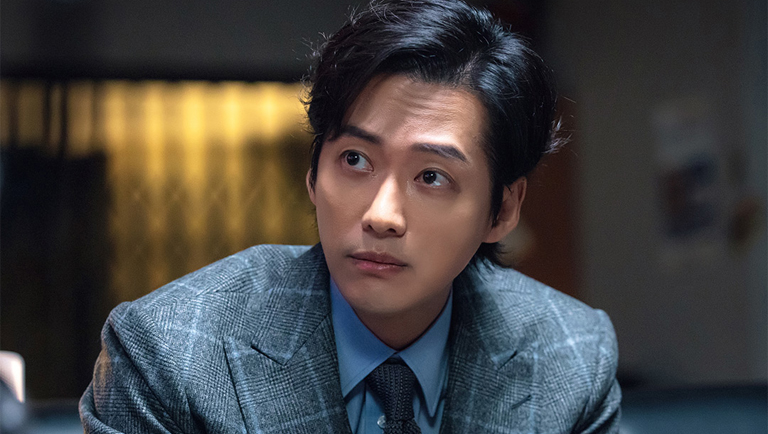 The moment we’ve all been waiting for. The voice behind the phone call. All it takes is a moment, a singular action to jug our memories and we will be able to solve a lifelong mystery or find the one thing we have been searching for. This could be said the same for Cheon JiHoon, who comes face to face with both the man that killed his father and girlfriend and may have finally put a face behind the voice who perhaps gave the order.

With certain questions finally being answered, this funny yet suspense-filled drama has viewers waiting in sheer anticipation and excitement of how everyone’s favorite hero will triumph over his enemies and help restore some faith in the judicial system once more. Starring actor NamKoong Min as Cheon JiHoon, and Kim JiEun as Baek MaRi, the series tells the story of a former prosecutor turned lawyer who strives to help provide adequate representation for the poor and victimized against the all-powerful judicial system after having a first-hand experience of the corrupt practices that lies within the system.

Comedic yet intense and dramatic, with its interesting subplots and amazing acting by its cast, this series has held a firm grip on the minds of viewers who are thrilled by how the story smartly unfolds. And as it slowly comes to an end, it is even more engrossing and intriguing than before as there are more questions and mysteries that need to be answered and uncovered.

With so many interesting elements, it is no surprise that it has become a favorite to many K-Drama fans as its popularity streak on Disney+ continues to soar high. Based on the data retrieved on the 7th of November 2022, it currently ranks at number 1 in South Korea. number 2 in Indonesia and Taiwan, number 3 in Hong Kong, and number 4 in Singapore.

Are you watching this drama? Let us know some of your thoughts about it in the comments section below.

Discover Escape To Explore Series: What It Feels Like To Arrive In Seoul