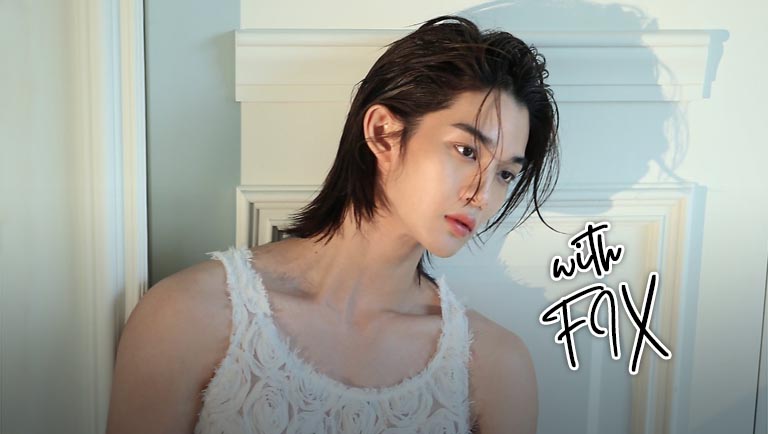 Are you also curious about fellow K-Pop fans?! Let’s hear their stories and interests in Kpopmap Fan Interview Project.

There are K-Pop fans across the globe who share the same passion. But on online platforms, it is hard to know about each other’s stories and K-Pop life. Even if we are in the same fandom, it is hard to get to know each other.

So at Kpopmap, we started the Kpopmap Fan Interview Project to get to know more about K-Pop fans from different countries: more about their K-Pop life and tastes and to give them the opportunity to share with our readers about their favorite group(s) and bias.

Dayana from Brazil is the next fan to answer our questions. She is a fan of CIX, and her bias is Bae JinYoung. Check out how she entered the fandom, the songs and content she advises to new fans, and much more!

Can you introduce yourself? Where are you from?

My name is Dayana, I’m from Brazil and I’m part of a fanbase called Bae JinYoung Brasil, and also CIX Brasil.

How and when did you enter the fandom?

I joined the fandom a little before debut. When I heard that SeungHun and ByoungGon (BX) were about to debut in a group, I got interested right away and I fell in love with the rest of the boys also.

What are the reasons why you love your favorite group?

They bring me joy. It’s amazing to see a group develop like that, since the beginning. And they never fail to make me laugh and impress me with their talents. They bring me comfort when the times are difficult.

Who caught your attention at first and why?

Seunghun and ByoungGon (BX) because I already knew them. But I ended up falling for Bae JinYoung’s charms.

Who is your bias, and why?

Bae JinYoung. He’s is so dear and special. It amazes me to think how hard he worked to improve his skills as an idol, and how beautifully his personality was formed. I can feel sincerity in everything that he does.

Can you recommend a title track and a B-side track for new fans?

Title track for me is definitely ‘Jungle’, and b-side would be ‘Drown in Luv’. You’ll fall in love for sure.

Can you recommend a fancam, V Live, cover video, cover dance, or individual content video of your bias to our readers?

I recommend the drama “User Not Found”, where he played the main male character. He did such a good job. I’d also like to recommend a dance practice of ‘Stairway to Heaven’ where you can see his amazing dancing skills

Can you also do the same type of recommendation for the group?

I highly recommend their reality show called “The CIX Million Dollar Kids”! It’s so funny and you can watch with your family!

Can you share with us one of your favorite lyrics?

“Challenge it! Challenge it no matter what!” – Bae JinYoung
“Searching and pursuing your dream is hard, but the fact that you have come a long way until now, not forgetting about your dream itself, I’d like to praise you for that. Let’s do our best!” – SeungHun

For you, what is your bias’ best stage outfits until now? Please share a picture or fan cam.

He has many iconic outfits, such as the ones he wears in ‘Movie Star’ and ‘BAD DREAM’. But I loved the outfits for “458”, they all look so good!

I highly recommend the fancam for this day:

What is your biggest dream for your favorite group/bias aside from being happy and healthy?

I wish for the, to attend an awarding ceremony in Korea and win “Best Male Group” category.

Is there particular information that you want to say to new fans because they mostly don’t know about it?

Even though the members of CIX didn’t train together for a long time, their friendship grew little by little with time. So, you may think that they are just co-workers at first, but they are really like a family today. It was lovely to see them getting closer.

If you go to only one, would you go to a concert, fan meeting, or fan sign?

I would like to go to a fansign one day so I can be able to talk more directly to them and express what they mean to me.

Do you have a dream subunit/unit?

I would love to see Bae JinYoung and Lee JuYeon (THE BOYZ) performing together because they’re such great dancers! Also, HyunSuk and YoungHoon (The Boyz), since they’re friends and both are really tall, it would be interesting.

Describe them in 5 words.

What is a random fact that you think people don’t know about them?

CIX members have been featured in 25 magazines so far! Their visuals are crazy.

What is one thing that you think is unique about your bias/bias group?

Their discography is top tier. They literally can perform any gender and it would look and sound amazing. Everyone should give it a listen.

What is your 2022 prediction for your favourite idol?

CIX members modeling for a fashion brand or invited to a fashion show. Especially HyunSuk and YongHee.

I would like to see them in a variety show called “Law of the Jungle”. But I fear they might struggle since they’re really afraid of bugs! Cuties!

What is your favorite group/bias’ influence on your daily life?

CIX made me believe that I have a path to follow on my own pace. That it’s okay to feel scared of the future, but I should continue to work hard and have courage to challenge myself.

Do you feel there are any misunderstandings, things that are not well known, or any prejudices about your favorite group from other fans (non-fans)?

It seems that some people recognize that CIX deserves more attention, but they don’t try to make an effort or space to get to know them better. Some people only stick with the basics of listening to ‘Movie Star’. But once you get into them, you’ll see that they are a family, and you’ll ask yourself why it took you so long to join the fandom.

Thank you for answering our questions, Dayana.

If you are interested in joining Kpopmap Fan Interview Project, please get in touch with us at [email protected] Everyone is welcome to participate.