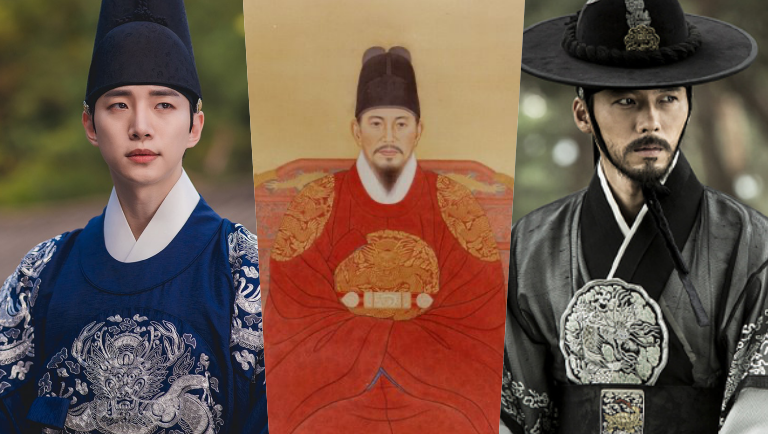 Discover K-Drama Historical Figures: The Fact vs. Fiction Of King JeongJo In K-Media Such As “The Red Sleeve” And “The Fatal Encounter”

Historical dramas are the gems that show a new side of Korea to K-Drama and K-Film fans worldwide. Whilst many are made from fictional stories, some stories are based on factual true-life events in history. There are also historical K-Dramas and K-Films that combine a mix of both fact and fiction.

Not only can fans enjoy the traditional settings of Korea in these dramas but they can also learn about the historical figures that lived through these ancient times. They can learn about the great Kings who overcame the odds and protected their land, or the brave civilians that stood up for their rights in modern history, and much more.

Today, we’ll take a look at one of Korea’s great Kings, King JeongJo. King JeongJo and the history behind his achievements has caught the interest of many fans, especially through popular productions like the hit 2021 K-Drama “The Red Sleeve”. So, let’s take a deep dive into who he was and explore the facts vs. fiction behind this historical figure.

Note: We will be referring to King JeongJo as ‘King JeongJo’ throughout most of the article, regardless of what age he was at the time we are speaking about. For example, if we are talking about his childhood, for the most part, we will still refer to him as King JeongJo and not by his personal name which he used at the time.

Who is King JeongJo of Joseon?

King JeongJo (his temple name) was the 22nd king of the Joseon Dynasty between the years 1776 and 1800. Also known by his personal name Lee San or as JeongJo the Great, he was born the son of Crown Prince SaDo and Lady HyeGyeong. He grew up under the influence of his grandfather King YeongJo who was known to be very strict, especially when it came to Confucian values.

Note: The rest of this article will contain plot spoilers for the dramas and films mentioned.

Let’s take a look at some of the iconic K-Dramas and K-Films in which the role of King JeongJo has been portrayed.

“Lee San: Wind of the Palace” covers King JeongJo’s life from a wide perspective. It covers many of his achievements regarding the economy, the military, technological advancements, political struggles, and his own personal factors involving his dramatic life.

In “Lee San: Wind of the Palace”, the child role of King JeongJo was played by Park JiBin and the adult role was played by Lee SeoJin.

This drama has over 70 episodes delving into the history of King JeongJo from the time that he lost his father.

The Korean film “The Fatal Encounter” tells the story of the first year when King JeongJo came into power. He is constantly being threatened and at risk of assassination as those near and dear to him worry about his safety.

For this film, the child role was played by Goo SeungHyun and Hyun Bin played the adult role.

Trigger Warning: The next film mentioned in this article contains mention of self-harm and death.

You can read more about Crown Prince SaDo’s history here.

“The Throne” focuses on the Crown Prince SaDo and his relationship with his father King YeongJo. However, you can see more of King JeongJo’s childhood story as part of the plot. He was still a child when the events in this film took place. In the film depiction, you can see that his grandfather King YeongJo shows favor to King JeongJo (known as Prince San at the time) as he showed more of the favorable traits that King YeongJo desired in his kin. King JeongJo was studious and disciplined, unlike his father who was not as concerned about studying and was more of a free spirit.

In the film, King JeongJo also has to watch his father die in the cruel way we mentioned above.

For the bulk of the film King JeongJo/Prince San is played by actor Lee HyoJe as a child role. Later on, he gets played by So JiSub as an adult.

“The Red Sleeve” tells the record of a mournful court romance between a court lady who wanted to protect the life she had chosen (Seong DeokIm) and a king who put the country ahead of his love (King JeongJo).

In the drama, you can see how King JeongJo was prevented from having any ties to his late father Crown Prince Sado at the risk of being considered a sinner’s son. The drama also shows how Seong DeokIm rejects the advances of King JeongJo who wants her to be his concubine.

These are only a few of the K-Dramas and Korean films that have portrayed King JeongJo on their screens. Other titles include the K-Dramas “Secret Door” (2014), “A Warrior, Baek DongSu” (2011), the film “The Book of Fish” (2021), and many more.

Take a look at some of the representative King JeongJos and other important figures related to him in K-Media. There are many more iconic actors and actresses that have played these roles but these are just a few.

Now that we’ve placed King JeongJo in a K-Media context, let’s take a look at some significant moments and achievements that are integral in the story of his reign and compare them to the media representations.

Did King JeongJo really have to watch his father die in a wooden rice chest because of his grandfather like in the movie “The Throne”? It is a well-known fact that the Crown Prince SaDo was locked inside a wooden chest and left to die by his father.

Is it true that King JeongJo was so in love with Seong DeokIm or is “The Red Sleeve” extra dramatized? It is true that King JeongJo was especially fond of Seong DeokIm. In fact, he wrote a eulogy for her tombstone after she passed away, which was almost unheard of for a concubine during the Joseon Dynasty (“Epitaph of Uibin Seong“, 1786). These eulogies were usually written by kings for their queens. However, the drama did distort some details of their relationship. For example, the drama portrayed them starting their romantic relationship after turning 18. In reality, he already had feelings for her around the age of 15 and she was aware of them, according to records.

Is it true that Seong DeokIm rejected being King JeongJo’s concubine? Many netizens found it hard to believe that a court lady could reject the advances of a King. However, this is also historically accurate. It is recorded that she did indeed reject his proposals because she was worried that she would lose her life. Queen Hyoui (King JeongJo’s wife) had yet to bear children, so accepting a concubine might have led to trouble for her. He asked her again years later but she still rejected him. However, she accepted his proposal in the end.

Is the happy ending in “The Red Sleeve” true? Not quite. In the drama, Seong DeokIm gave birth to the king’s first child, a boy – the Crown Prince, but he passes away in the early stages of her next pregnancy. However, in real life she had given birth to a daughter a couple of years before the Crown Prince is born, but she also passed away a few weeks later.

These are only a few of the facts that are different from fiction.

It is not only intriguing but important to look up the real history behind true-story-based historical K-Dramas and K-Films.

Some of JeongJo’s other great achievements that are well-portrayed in various K-Media include encouraging and recruiting scholars who believed in feasible measures, establishing a royal library, and the foundation of Hwaseong and its fortress.

An additional interesting fact is that JeongJo built Hwaseong partly out of filial duty. He moved his father’s burial place to a carefully chosen place in Suwon and then built a city near the burial site. His justification for the fortress was also for national defense.

You can visit the temporary palace that he stayed at in the Suwon Hwaseong area in real life, too. It is called the Suwon Haenggung Palace.

Why is JeongJo considered a great king and featured in so many dramas?

As you’ve read above, JeongJo truly accomplished a lot during his time as king and made a huge contribution to Joseon society at the time.

You can tell by JeongJo’s name already that he is a king who achieved great things. Whilst most of the kings of Joseon are considered valiant and of the utmost nobility, kings whose name ends with the syllable ‘Jo’ are regarded as having achieved a lot for their country, this is with the exception of King SeJong who is also considered one of the best kings of Joseon.

King JeongJo revived the country’s economy, displayed great wisdom, and ended vicious political games that were swirling about in Joseon.

Not only was King JeongJo praised for ruling with a strong outlook on Confucian ethics but he was also known as a king who ruled for the commoner and with his love for the people as his first priority. His democratic ideas and open-mindedness made the opposition weary of him but resulted in him becoming a powerful leader. These qualities can easily be seen in his K-Media portrayals.

What do you think of the facts vs. fiction in this piece of Korean history? Which Korean actor played the best portrayal of King JeongJo in your opinion? Let us know in the comments.