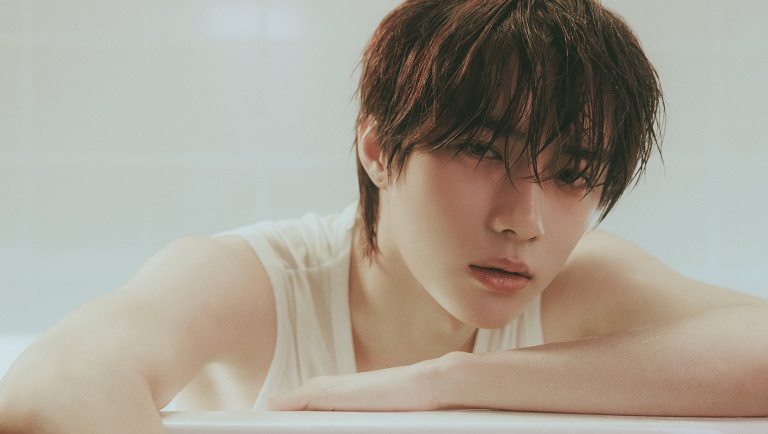 Welcome to the sixty-first article of Kpopmap’s weekly series “Idol vs. Model“!

This series will explore some idols with so much modeling potential that people who see them for the first time might confuse them with models instead of K-Pop idols.

Check out the rest of our “Idol vs. Model” articles here!

Readers voted for TXT’s BeomGyu in our weekly poll to be featured this week.

BeomGyu is famous as a member of the 4th generation K-Pop sensation boy group TXT. The group is famous for its duality and the members’ stage presence that captures the hearts of MOA (their fandom). BeomGyu is known for his incredible vocals, hilarious sense of humor/goofiness, and for his endearing personality. However, today we’ll take a look at his model potential.

It is no secret that BeomGyu’s visuals are top-tier.

He has luscious visuals with full features that captivate the eye and enamor the soul. His skin is also silky smooth making him the perfect candidate for skincare and cosmetic modeling. There’s no doubt that he could sell out any product with his aesthetic appeal.

BeomGyu is one of the idols who look effortlessly attractive with long hair. He looks like a dream with short hair, too.

There are so many words that could be used to describe him as he is simultaneously handsome and beautiful. Not to mention that he matches any concept that is put in front of him.

Whether he is in tropical paradise…

… or looking like a good boy gone bad, his face card never declines.

Many MOA have cited that BeomGyu has the type of visuals that will only get better with age.

When he first debuted, many fans noted how innocent and soft his looks were.

As he has grown as an artist and matured as a person, MOA have noted that he suits whimsical but also tough aesthetics, proving his duality and how he only gets more handsome each time.

There is no doubt that BeomGyu is a classic and timeless visual who would be suited to pictorial and fashion modeling with his conceptual flexibility.

Finally, in the words of one MOA:

“Don’t be confused, the flower is the one in the middle!”

If you knew nothing about K-Pop or TXT, BeomGyu would definitely seem like a model at first glance. Do you agree?

Don’t forget to check out all previous articles of the Idol vs. Model series, you can find them directly from this collective list:

You can check out some previous features below: