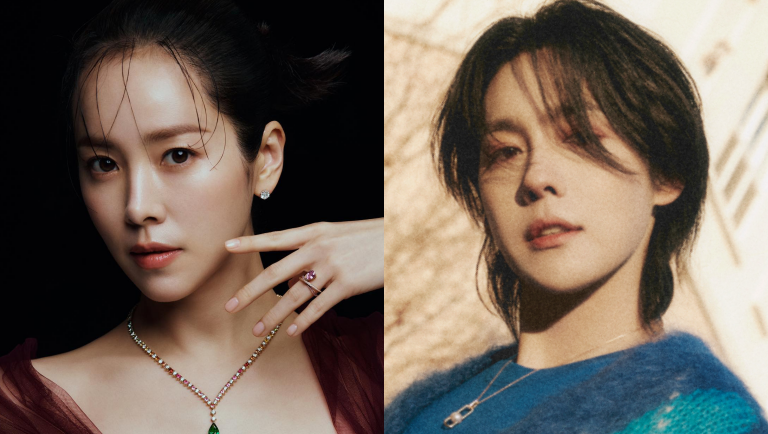 This series will look at two or three popular Korean celebrities that are known for looking like each other and how similar their visuals are.

Readers voted for Han JiMin and WINNER’s Jinu in our bi-weekly poll to be featured this week. Fans believe they have a big resemblance to each other.

Note: This article will not have a vote. WINNER’s Jinu and Han JiMin will be covered today. EXO’s Chen and Roh YoonSeo will be covered in two weeks’ time according to the vote results that ended last week.

Firstly, Han JiMin and WINNER’s Jinu could easily have been the female or male version of each other in a past life. If not that, they could easily be mistaken for siblings as they look so similar.

The duo has similar nose shapes, eye shapes, face shapes, and even lips.

They even share the fact that they have dimples. Not to mention that the sunglasses in their photos are of a close design.

What do you think of their visuals? Do you see the resemblance?

Are there any other Korean celebrities that you think look alike? Let us know in the comments.

Don’t forget to check out all previous articles of the Celeb Lookalike series, you can find them directly from this collective list:

You can check some of the previous features below:

Discover 7 iKON Songs You Should Have On Your Playlist