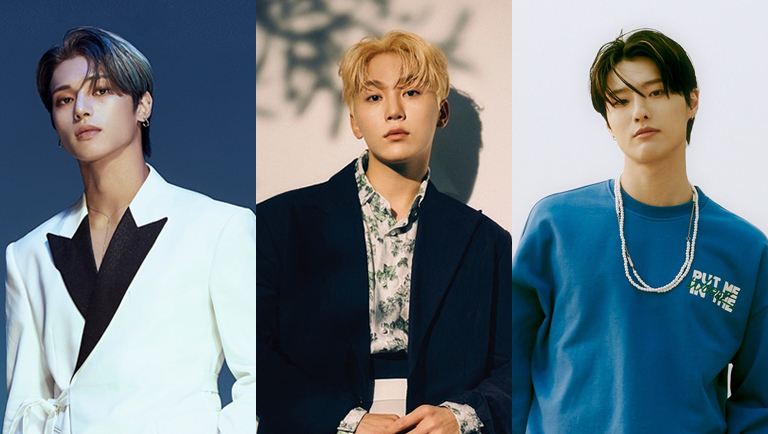 The world of K-Pop is large and vast, spanning over various groups from multiple companies. Despite there being so many in the same profession, it can be difficult for idols to become close with someone outside of their own respective group. That might be due to busy schedules, company restrictions, and an some idol’s inherently shy nature. But for some, making friends is one of the easiest things ever.

These idols are friendly by default and their vividly warm personality attracts many others to their side. No matter the time or place, they are able to form a natural connection with others, forming numerous bonds of friendship. It’s always a pleasant surprise to learn about who knows who in the industry and to see their interactions on variety programs, music shows, radio appearances, and so much more.

Their social skills are remarkable and definitely deserve a mention. Now, let’s take a look at some of these social butterflies in the K-Pop world!

Ever since his debut, Jackson has shown that he is a complete mood to be around. From variety shows to behind the scenes footage, his social battery always seems to be full, allowing him to create a fun atmosphere wherever he goes.

Because of his friendly disposition, he has been able to befriend many idols like BTS’ RM and f(x)’s Amber Liu. Many have spoken about their fun interactions with Jackson, proving his status as a social butterfly. We would absolutely love to be in the same room as the social idol.

The qualities that make up a leader: charisma, reliability, and in Bang Chan’s case, friendliness. As he was a longtime trainee at JYP, it seems that he learned much more than how to sing and dance, but how to form bonds of friendship, too.

jeon woong from ab6ix running over to hug chan!!! pic.twitter.com/jhaiunzJQa

His kind personality has not changed, even after debut and becoming a world-renowned singer. His known friend list is massive and includes AB6IX, his JYP labelmates, ChungHa, and SF9’s RoWoon, just to name a few. It seems that this list grows by the day and we’re not surprised! Who wouldn’t want to be friends with this iconic Aussie?

For some, making just one friend can be a difficult feat—but that’s not the case for WooYoung! Many ATINY know that the idol is naturally funny, sociable, and a complete joy to be around.

Luckily for fans, he’s not one to hide his idol friendships, as he dropped multiple names during an ASMR interview video through YouTube channel M2. Even during 2022 ISAC, there were many fan accounts of WooYoung interacting with many other idols, showcasing his deep pool of friends.

A name that’s synonymous with social butterfly would be Super Junior’s HeeChul. A mixture of veteran status and friendly nature, the Hallyu star’s outgoing personality has allowed him to cement himself as one of the most sociable K-Pop idols in the industry.

Despite his busy schedule over the years, he’s been able to maintain long-time friendships with many like FTISLAND’s Lee HongGi and Son DamBi. Whenever HeeChul makes a variety show appearance, it seems that he never runs out stories to tell which includes his many celebrity connections.

SeungKwan is known as being one of the most sociable of the group and has effectively taken on the role as SEVENTEEN‘s social butterfly. From seniors to same age friends, and even beloved juniors, SeungKwan’s circle knows no bound.

One of his most known connections is his friend group of ’98 liners. This group includes VIVIZ’s SinB and UmJi, ASTRO’s MoonBin, former IMFACT member UngJae, and SuJi. But it doesn’t end there. He also has connections with celebrity chef Baek JongWon. There’s certainly something special about SeungKwan and a reason why he’s nicknamed MC Boo.

With his honey vocals and immeasurable stage presence, WOODZ has become a true artist from head to toe. Perhaps due to his undeniable charisma and easygoing personality, he has amassed connections all throughout the K-Pop industry.

Over his career, WOODZ has gained friends like BLACKPINK’s Jennie and BTOB’s HyunSik. He is also known to be part of a talented friend group that calls themselves M.O.L.A (Make Our Lives Awesome), which you can read more about here. WOODZ is an overall a great person to be around and many can attest to his loveable nature.

Who’s your favorite social butterfly? Let us know in the comments below!