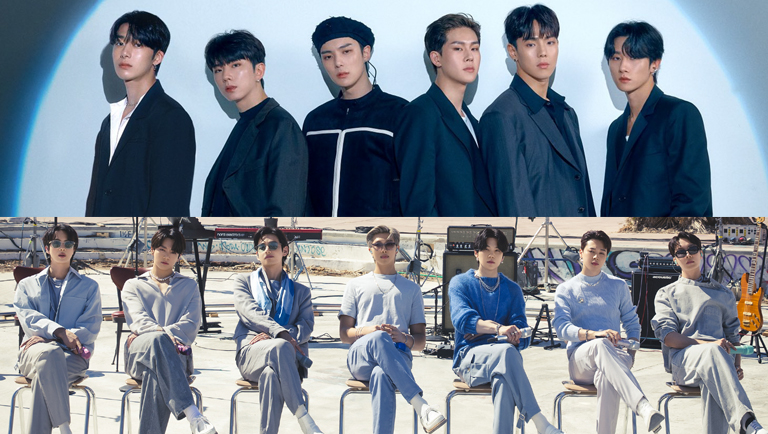 The life of a K-Pop idol already seems like a movie with their ability to amass thousands of fans and perform on countless stages. The flashy lights and camera angles make them appear as if they are in a completely different world. However, despite the glamor of their lives, idols always seem to remain humble and thankful for the endless support.

As a thanks for their fans’ love, idol groups even release films that play across theaters and streaming sites everywhere. These films include concert performances, behind the scenes footage, and sincere interviews weaved in between. In the end, they become a special and unforgettable gift to fans across the globe.

Now, here is a list of some K-Pop groups who have previously released movies, which premiered online and theaters worldwide.

Since their debut, ASTRO has constantly shown that they are a group filled with endless charms. From acting to song production, there is nothing the idol group cannot do. A few weeks prior on October 27th, their first concert film “STARGAZER: ASTROSCOPE” premiered in theaters in Korea and later made an international debut.

The film followed the journey of “The 3rd ASTROAD ‘Stargazer'”, their concert from May of this year. Many AROHA who watched the film were touched by ASTRO’s hard work and determination to put on the perfect concert. And despite currently carrying out his military obligations, member MJ was able to participate in interviews. ASTRO prepared such an amazing gift for their fans.

SEVENTEEN is a group who drew attention to themselves even as trainees. Since coming onto the scene, they have yet to disappoint and continue to set the bar higher and higher. Despite being a group with many members, each have their own distinct color which can be recognized instantly.

“SEVENTEEN POWER OF LOVE: THE MOVIE” was made available to cinemas worldwide on April 20th and 23rd. The film acts as love letter to CARAT and how important they are to the members. At the same time, it also showcases the brotherly bond they’ve built up over the years. The film is a true testament to how far the idol group has come and the promising future that lies ahead.

At this point, there is no denying BTS’ worldwide success. There have been countless stories from the members of the difficulties they’ve faced, as well as the fond memories they’ve created along the way. The world renowned idol group have currently released 4 films so far: “Burn The Stage: The Movie” (2018), “LOVE YOURSELF in Seoul 2018” (2018), “Bring the Soul: The Movie” (2019), and “BREAK THE SILENCE: THE MOVIE” (2020).

Each film highlights various concerts, the preparation that went into them, and the member’s thoughts at the time. Despite becoming superstars, they show that they are always hardworking and looking to improve as artists. BTS is a one of a kind group that certainly cannot be replaced.

A lot of time has passed since INFINITE’s debut in 2010. Despite this, the idol group remains iconic, having various hit tracks under their belt like ‘Be Mine’, ‘The Chaser’, and ‘Destiny’. The idol group released two films: “INFINITE Concert: Second Invasion Evolution the Movie 3D” (2012) and “Grow: INFINITE’s Real Youth Life” (2014).

Their 2014 film deserves special mention as it dives into the struggles members had during their world tour. INFINITE’s sincere and raw emotions can be seen on their faces and felt through the screen. While they put their burdens on full display, they also show their resolve to overcome these struggles. INFINITE is truly an inspiration, back then and even today.

Since the group’s formation, MONSTA X has proven to be a top tier idol group. They’ve found success, not only in Korea, but across the globe. They released their first concert film on December 8th, 2021 in Korea, titled “MONSTA X: THE DREAMING“. It later went international on December 9th and 11th of the same year, spanning over seventy countries worldwide.

The movie goes to great lengths to showcase the immense preparation put in by the members. From dance practices to production meetings, no detail was too small as MONSTA X showed different sides to themselves. Throughout the film, there are also constant reminders of why they continue to perform: for MONBEBE, their fans. It’s heartwarming to know and be reminded of how much MONSTA X care for their fans’ approval and love.

Have you watched any of these films? What did you think of them? Let us know in the comments!