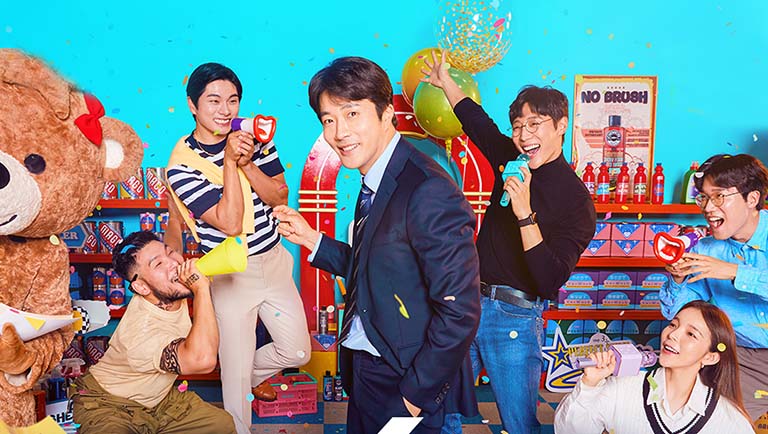 “Critical X” follows the story of a man facing the most significant decline of his life from being pushed to retire, to a nose dive in stock prices, and soaring house prices.

The leads in the drama are Kwon SangWoo, Park JinJoo, Sung DongIl, and Lee YiKyung.

Popular comedic actress Park JinJoo has acted in the dramas “Our Beloved Summer”, “Genesis”, “It’s Okay To Not Be Okay”, and “Her Private Life.”

Actress Im SeMi (“True Beauty”, “When The Weather Is Fine”, “Terius Behind Me”) and actor Shin HyunSoo (“Bossam: Steal The Fate”, “Eulachacha Waikiki”, “Eulachaha Waikiki 2”, “Twelve Nights”) will also be starring in this drama.

“Critical X” follows the story of “Mr. A,” who is facing the most significant decline of his life from retirement to soaring housing prices.

Kwon SangWoo as Mr. A

Mr. A has been hit hard by life. He is being pushed to retire, meanwhile, stock prices are taking a nose dive and the housing market is getting more expensive. He is also taking on a new challenge at “Lucido”, a car detailing startup.

Manager Kim is the only regular employee at “Lucido” and dreams of retiring in her 20s. She comes to admire Mr. A more than she thought she would.

HeoJun looks gloomy on the outside but inside he has a more sincere heart than anyone else.

Lee YiKyung as WooJin (a.k.a. Marco)

WooJin is a sales director. He is a free spirit and is full of playfulness.

MiJin is Mr. A’s wife who is a little clumsy and goes through emotional ups and downs with her husband.

CEO Andy Jung is a narcissist who dreams of becoming the second “Steve Jobs”, but the reality is that he is a troublemaker.