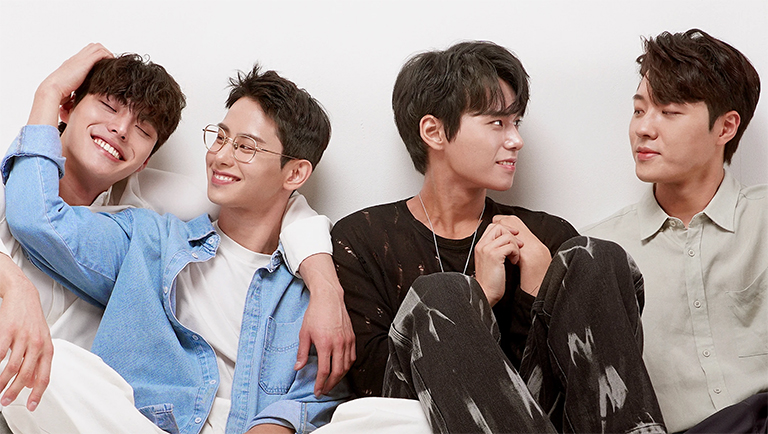 “Choco Milk Shake” is a BL fantasy romance drama about a man on a mission with his dog and cat, who crossed the rainbow bridge and returned as people.

This is just one of the many BL dramas coming out this year. Check out the list of BL dramas being released in 2022 here.

Former HOTSHOT member Ko HoJung has starred in the drama “My Ghost Brother.”

This drama is made by STRONGBERRY, a brand that specializes in making queer films.

“Choco Milk Shake” is a BL fantasy romance drama about two men who spend time with a dog and cat who come back as handsome men.

JungWoo is an ordinary young man who loses his parents at one moment in an unexpected accident and works part-time jobs to earn living expenses.

After raising a dog and a cat named Choco and Milk when he was young, they return to JungWoo’s life reincarnated as two men.

Milk is a cute man who was once a cat and believes he is very precious.

Choco used to be a dog but has turned into a man. He only loves JungWoo.

Uncle has a personality of a playboy and gentleman.